so ended our weekends with 2 great performances, one for the NDP National Exhibition 1 and the other for milkrun (milk = mainly i love kids), its a charitable foundation for the unfortunate kids. i guess our weekends were burnt out, but we did spent it fruitfully and had great fun with all our team mates. both performances were huge, both in quantity and experience. i can still feel the adrenaline just before we ran out to perform for NDP, the goosebumps that the instructors had while watching the performance was incredible. Everyone did a great job to pull the routine altogether at the end, we still got loads of time now to perfect it before the NDP itself. Shoutouts to all the JC's, who braved and challenged themselves to put up such a fantabulous show, the wonderful procheerleaders(NUS,SP,MagnumSRs & JRs) who put the fantastic in fantabulous, and of cause the great instructors from TPBlazers & Magnum, if it weren't for you guys, there wouldn't be a routine !!! And not forgetting Lenny, who choreographed this 320 cheerleader routine, together with Zhaoming. This is an acheivement that we accomplished together as a team and we can't wait for the actual day itself, its gonna be damn wow !!! well, unfortunately, i didn't get much pics taken, which i promise i will next time (we should vote for a blog photographer !), so please surf around our cheerleaders blog for some great pics. There were a couple of articles on this cheerleading segment of NDP and the great pic they have on the NDP booklet. 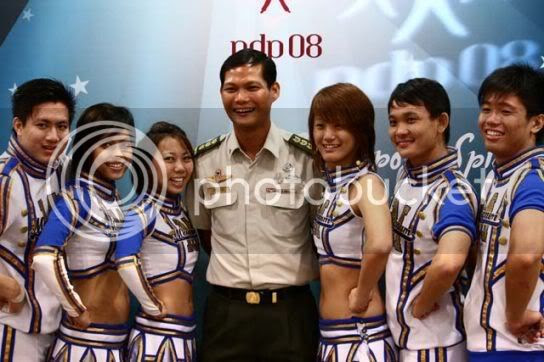 The Instuctors and Shawoon with Col Tung Yui Fai, Chairman EXCO (a.k.a The Man who made NDP 2008 happen.)
Photo courtesy of www.ndp.org.sg 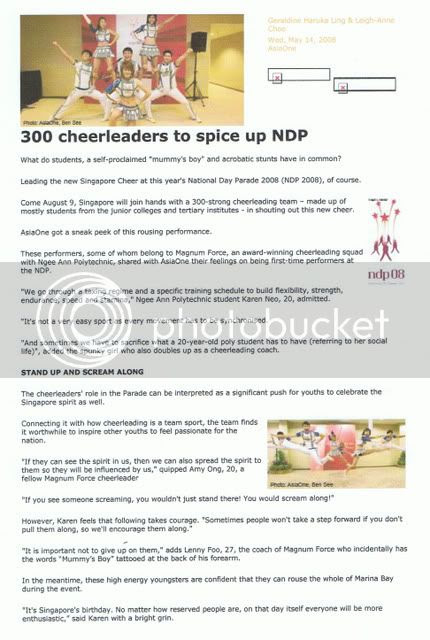 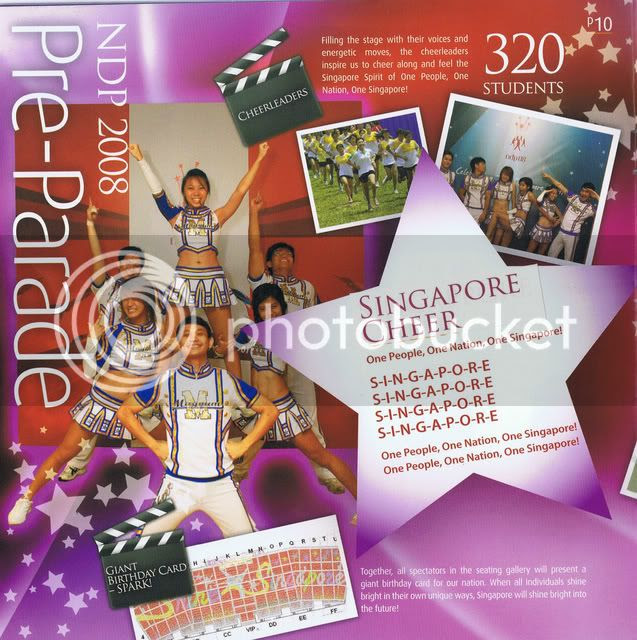 so if you're going for NDP this year, you're really in for a treat. NDP really is different this year, everythings really creative. Don't miss out on the Black Knights performance, its just simply breath-taking, when they cut across each other like nobody's business. So after one big hefty well-spent day, we head on to another the next day. Besides keeping busy with NDP, we took the time and decency to do something for charity. Giving back to the society, in our own way. Magnum has been supporting Beyond Social Services, one of our favourite charity organisations for their events. So we manage to squeeze in 2 trainings worth of time to come up with this. Yeah..roll all year 3, 2 and 1's and you get one huge routine and a super big fan pyramid. Denvers were there too, they opened the event, while we did the closing performance. Overall, the performance was a blast, despite the infavourable performing area conditions, we still did our thang !!! like what moo would say...we were there to milk the spirit out of everyone !!!

MILKRUN 2006
if you didn't know already, magnum was involved in milkrun since 2006. try spotting the year 3's when they were year 1's back then. rofl !

We'll be performing the routine at the upcoming polyexperience, ngee ann's pre-open house event. Whats hawt is gonna be hawter. 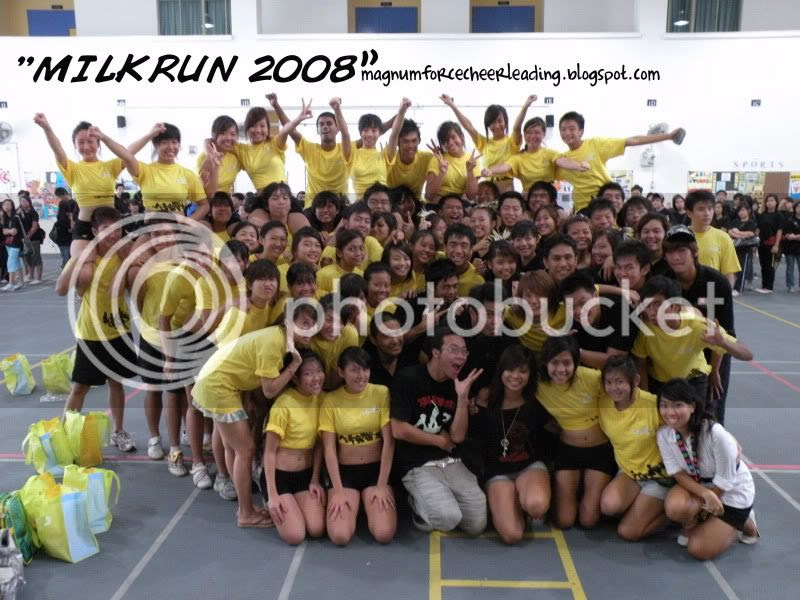